As previously indicated, construction of the H&NW right of way out of Hamilton would conquer the Niagara escarpment in the late 1860’s and continue to forge southward towards Lake Erie. The siding at Rymal was laid early in achieving the higher ground landscape with construction of the diminutive station occurring shortly thereafter. Passenger service over some eighty-four plus years took place from September of 1873 until October of 1957. Post passenger duties, the parallel trackage would serve the local industries, mostly in a delivery capacity. While no doubt there were items shipped out from Rymal, receiving incoming loads was the primary function of the siding. Initially, grains (in boxcars) for the local feed mills and, in later years, construction materials for the local home improvement warehouse were the primary wares delivered to the location. Despite the line being severed at the Stone Church Road overpass in 1987, Rymal siding would remain active until the very end in 1993.

The story of CN’s gnarly looking 1200/1300 series SW1200RS locomotive is well known. Between 1955 and 1960 GMD London would deliver some one hundred and ninety-two of the diminutive road switchers which were deployed system wide. They could be found in all manner of service from singular industrial switching to MU’d mainline manifest freights. The Hamilton based gaggle would initially serve in their intended over the road role; mainline transfers, out of yard deliveries and the well-known daily way freight along the former H&NW line south to Port Dover. For decades the compliment of purpose built MLW S-4’s performed most of the switching duties associated with the steel city’s vast lake front industrial base. In time, as the MLW’s were retired, the SW1200RS’s would increasingly assume the switching activities in and around the Stuart Street yard. Unlike their similarly shaped MLW S-4 counterparts who were not as fortunate, the 1200/1300’s were subject to life extending rebuilds and upgrades, making them commonplace for some forty plus years. While their existence on Canadian National has all but evaporated, a couple soldier on. Incredibly, No. 7304 (built in August of 1960 as No. 1390) continues to toil away at the nearby Parkdale steel distribution center. While not as popular on the aftermarket scene as their larger cousin GP9RM’s, there are numerous SW1200RS’s in the employ of short lines, industrial operations and contract leasing and contract switching companies. Considerable time will pass before they become nothing but museum pieces.

With week day way freight service and as required Saturday extras, the former H&NW (CN Hagersville Subdivision) branchline was maintained to Class 2 standards; Maximum 25 MPH (freight). Deferred maintenance and neglect would not be associated with the track work that remained active well into the late 1980’s. Like any right of way, all grade crossings needed some form of protection; a look at the Rymal Road (Highway No. 53) intersection as follows.

Associated with the vast adjoining industrial base, for many years CN’s Hamilton Ontario Stuart Street Yard complex was home to a sizeable switcher fleet, mostly comprised of locomotives constructed by Montreal Locomotive Works (MLW). Resident familiar unit into the mid 1980’s was the S-4. Among the more popular of switcher models to be produced by Alco/MLW, CN’s S-4’s were supplied from 1951 through to 1957. As is well known, MLW’s production mimicked that of parent Alco; for S-4’s this included a McIntosh and Seymour model 539 prime mover along with Canadian General Electric (CGE) traction motors and electrical gear. Initially, from 1949 until 1962, MLW contracted the manufacture of the 539 prime mover to Dominion Engineering Work (DEW) prior to bringing production in house. CGE hardware came from Peterborough Ontario. Unlike previous S-1 through S-3 switcher production, both Alco and MLW would modify the carbody, albeit not in the same fashion. Starting with the S-1, the low height switcher hood featured the Otto Kuhler design elements of soft bevels and generously curved edges. During S-4 production, most likely to improve fabrication, the carbody was modified to include tighter round corners along the length and overlapping ends (Alco)/feathered edge ends (MLW). MLW took the modification one step further by changing access door louvers to carbody filters. In total, almost 1,000 S-4’s would emerge from Schenectady and Montreal (second only to the S-2). See https://www.american-rails.com/705.html for additional information. 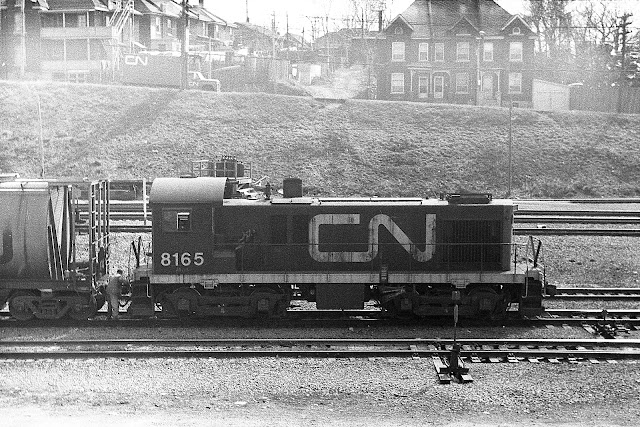 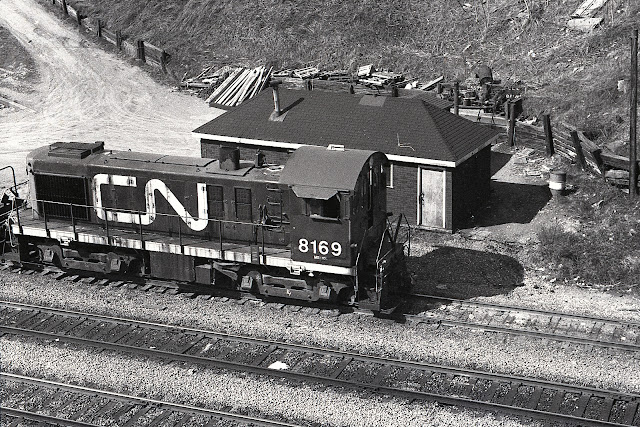