Recently I purchased two Accurail 4750-cf ribside hopper car kits, after wanting to get some for quite some time. Other manufacturers such as Intermountain and Tangent Scale Models had already produced highly-detailed models of similar prototypes, with wire grab irons, brake lines, etc. There’s absolutely nothing wrong with companies producing highly-detailed models, though in my opinion, the budget-minded segment (such as Atlas Trainman) has considerable room for growth; one can still buy and apply wire grab irons like modellers have done for a number of years to create a higher degree of accuracy. This I think is even more true for Canadian modellers, presently facing a 25% difference between the US and Canadian dollar. But I digress…

Back to the model: Typical to Accurail’s previous offerings, the kit came neatly packed for assembly. Initial impressions were positive, with good graphics and clean molding lines (no flashing at all). One early observation was that the roofwalks are molded onto the car, and done so pretty nicely. I consider this a plus, since they won’t bow or warp like every single one of my Intermountain cars has done. Even more so if the car is to be taken to a club, or handled manually a lot. Likewise, the end platform castings of the handrails and ladders was rather impressive – I’d say on-par with older Intermountain kits, but far less work. The instructions were very straightforward, and assembly of the first kit took me about 35 minutes; the second took less than 20, once I got the hang of the steps. Again typical of Accurail, the car assembled very easily, with minimal filing to get the parts to snap together. The only area that I found needed a bit of work was to get the coupler cover to snap onto the draft sill – nothing more than a minute few passes of the file to get things to fit together. My only real gripe about the kit is that Accurail still supplies them with the unconventional Accumate couplers and 33”plastic wheels (for 70-ton trucks). For a car that uses 36”wheels, the difference is quite noticeable given how easy the trucks are to view on the prototype. So I swapped the couplers for tried-and-true Kadee #5’s and the trucks for 100-ton trucks, in this case Athearn Genesis ASF trucks as that’s what I had lying around. The larger wheels do cause the car to sit higher, but this hasn’t resulted in any operational issues such as pull-aparts (small coupler height  difference).

To sum it up, I think the low-cost, less-detailed 4750 CF hopper by Accurail has a lot to offer – to me, the trade-off between cost and assembly time and a much higher level of detail is worth investing in more of these cars (at an almost 3:1 ratio in price compared to a Tangent car).

I hope to have another layout update, along with some more modelling and prototype pieces, on the blog in the upcoming days and weeks. 'Til next time, 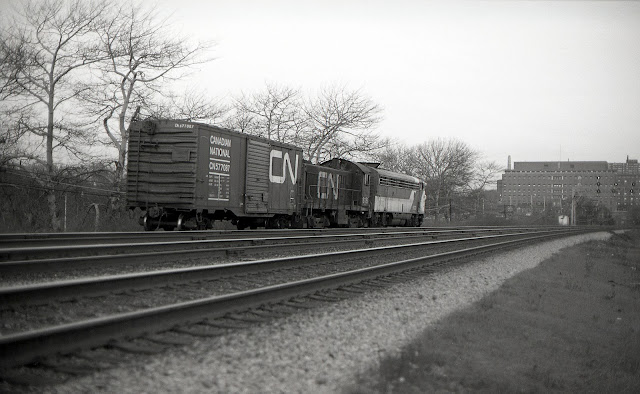 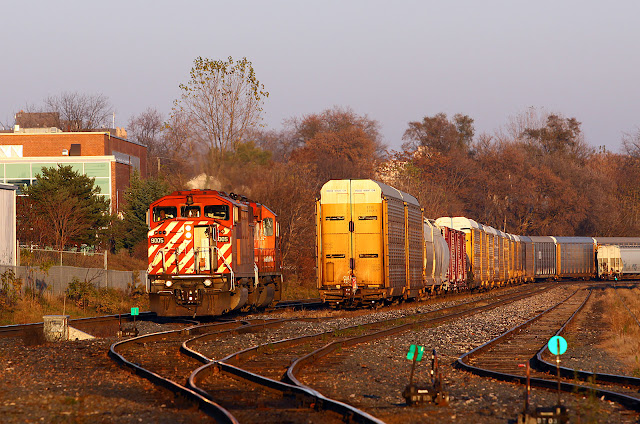