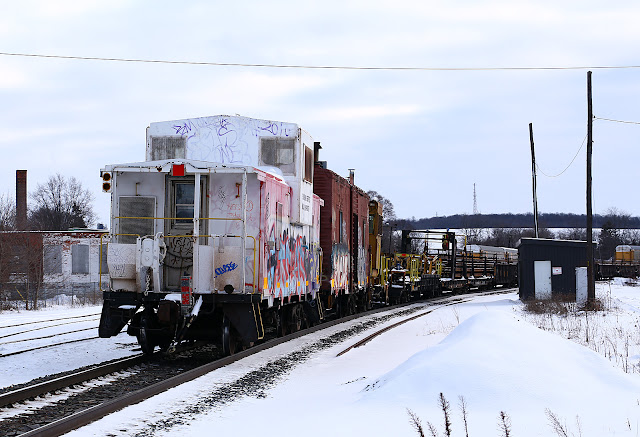 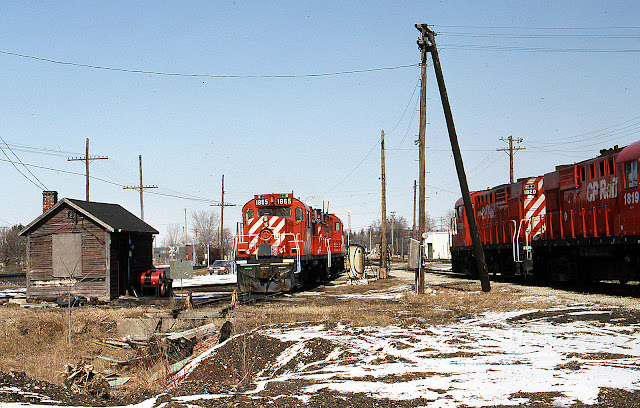 A Little Piece of History


Prior to last weekend’s train show in Ancaster, ON, I was contacted by a gentleman who offered to sell me the Rymal station sigh that was once located at it’s namesake location on the Hagersville Sub. I couldn’t pass up the opportunity to purchase it and met at the train show with the seller (also a vendor at the train show). Pictured above is the station sign post and the “Rymal” sign that was once attached to it (similar to the Walton Jct sign in John Allen's photo HERE). I’m told this is the north-facing sign that was located adjacent to Stone Church road, at the north siding switch. Considering that I’ve found rather little on the Rymal name (even the Hamilton Library doesn’t have much), I think this is a pretty neat piece. The post has a weathered patina acquired from decades spent out in the open; it features the letters “CNR” on opposite sides, pre-dating the 1961 creation of the modernized CN Rail. The metal sign that said “CN Rymal” is missing (I suspect in a railfan’s memorabilia collection, somewhere) but I believe that the wooden sign predates the use of a metal station sign. My guess would be that the sign and post date from sometime in the 1950’s. Interestingly, the CNR has almost completely faded off of one side and produced a sort of “ghost” lettering; this side is on the opposite side from the bare spot where the station sign was nailed, which likely confirms this as the north-facing station sign as decades in the sun likely faded the painted letters on the south side into history. What am I going to do with the sign? Not sure. I like on the corner of the block so maybe I could put it near the street sign and confuse motorists (I do live near Rymal road). Maybe plant it in the garden? After all, some railfans have lanterns or switch stands on their front lawns. Either option, I suspect, would not be very popular with the authorities that be… But for now, it’s neat piece of history to hang onto that can’t be replaced…

Til next time,
Cheers, 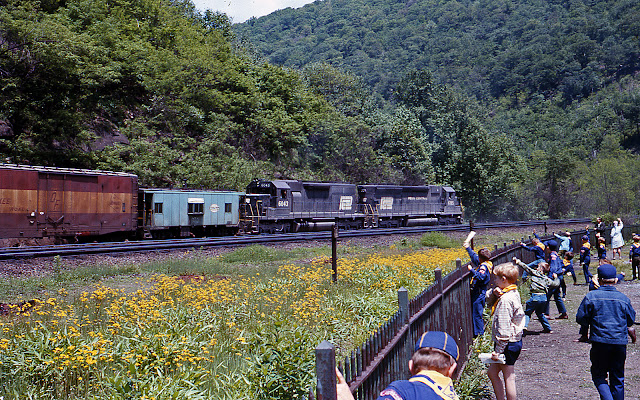 
At the Ancaster train show this past weekend, I had the opportunity to pick up one of the new Bowser General Motors Diesel Division (GMD) SD40-2’s, part of their recent release of units matching prototypes purchased by CP, ONT, and BC Rail. I must admit, this was one of my most-anticipated purchases, and I’m glad the wait is finally over! This is not intended to be a 100% complete review, as I may miss a few things, but it should capture most of the locomotive’s highlights.

In 1:1 scale, CP 6046 is a GMD-built SD40-2, rolled out of the London, ON plant in March 1983. Part of CP’s second-to-last order for conventional SD40-2’s (the SD40-2F “Red Barns” followed in 1988), the unit was delivered in the road’s Action Red paint scheme with a small multi-mark adorning the rear of the long hood. Customary of late CP SD40-2’s, CP 6046 is equipped with features including the late-style corrugated radiators, Q-fans (at radiator), external radiator piping, anti-climber on front pilot, and angular traction motor blower duct. Over the years, the unit has undergone minor changes to it’s appearance, most notably a repaint to the solid red Action red paint scheme, as well as the addition of ditch lights on the front pilot. More information can be found HERE.

When Bowser first announced the release of an HO GMD SD40-2 specific for CP, I immediately set aside some of my hobby budget specifically for this unit. I had modelled two CP SD40-2’s in the past (and one of them is almost done by now…) and one thing I realized in researching the required detail parts was the myriad of possible detail configurations on CP’s SD40-2’s. Differences exist in nose length, radiator type, fan type, winterization hatch, snowplow, horn location, radio antennas, front pilot (anti-climber or not), traction motor blower duct, and last but not least, paint scheme. So when I opened the box and took the model out, to say that I was impressed is putting it mildly – from an initial inspection, I was blown away by the level of detail that Bowser put into the locomotive. The first thing I noticed was that the engine was screwed into a plastic base as part of the clam-shell style of restraint in the box; I like this method and think it offers better protection than simply clamping against the top and bottom of the locomotive. A small piece of brake line did separate from the model (I have yet to determine exactly where it belongs), but that’s perhaps not unexpected when the engine has already travelled half way around the world from the factory. I could say that “the model closely matches prototype dimensions”, but since it is already obvious that it does. Instead, I’ll go over some of the more impressive details that Bowser put into the locomotive.


Two minor things (really minor) caught my attention as minor areas for potential improvement. The first, a detail difference, is that the CP SD40-2’s feature an angled drip rail above the cab side windows. The model appears to have a straight drip rail, which is at most a minor correction. The second is not so much a detail issues as an operational one – the front pilot interferes with the coupler trip pin on the car coupled to it (assuming trip pins have not been removed from one’s rolling stock). This is not an issue unique to this model, but almost any engine that has a snowplow; I first noticed this phenomenon on an Athearn Genesis GP38-2W. My solution on that engine, likely on this one as well, will be to install a long-shank coupler on the front of the engine to avoid contact between the trip pin and the round style rock plow on the front pilot.

Again, this is not meant to be a complete review or any sort of advertisement for Bowser, but it is hard to overlook the massive amount of detail that went into creating one of the most detailed (and one of my most favourite) HO plastic engines anyone has ever produced.